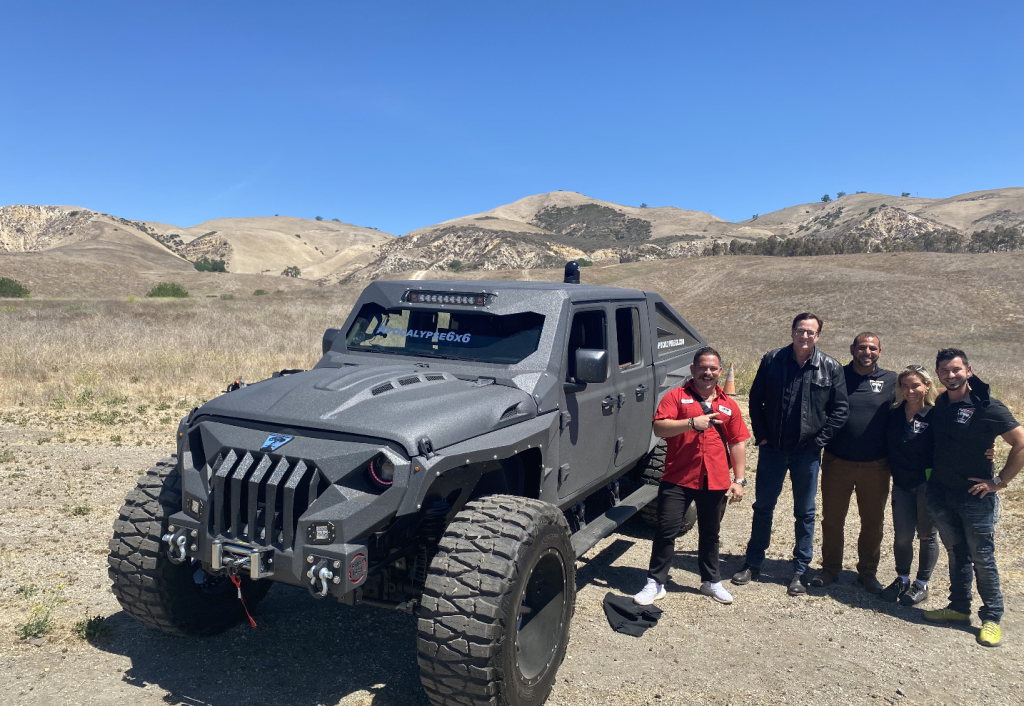 “Everyone’s into off road vehicles, that seems to be the thing…” quips Leno in the program’s opening segment, as he is driving a 1942 Ford GPW to meet up with “raunchy” comedian Bob Saget, who is standing next to the massive HellFire truck. Saget, who is most heartfeltly remembered as playing Danny Tanner on long running TV show Full House, is taken aback by the sheer magnitude of the 6×6 truck, as he informs Leno while he pulls up, “This is one of the most amazing things…it’s called The Apocalypse,” prompting Leno to narrate back, “…made to withstand a zombie attack.”

Filmed at the wonderous and very wide-open landscape of the Big Sky Ranch, a vast outdoor movie set in Simi Valley, California, the episode goes on to film the duo off-roading their respective vehicles. Saget uses the HellFire, which is described by Leno in the program as a “high performance beast, that really puts the ‘B’ in bigger and badder,” to conquer the imposing rocky terrain and rigid mountain-side, while even using its 6-wheel function to crush over the camera crew’s equipment in an unscripted and hilarious scene.

Later in the episode as Leno and Saget let the dirt and dust fly on a turn, Leno, through an earpiece, asks Sagat, “How do you like off-roading? What do you think? To which, Saget replies, “I love it. It gives you a sense of adventure and power. I mean it’s a giant piece of machinery underneath me.”

As an empowered Sagat puts the pedal to the metal, the Corvette engine rumbles while propelling the 7,000 LBS HellFire monster down a steep hill, causing him to laugh uncontrollably and state, “This thing can go fast, really quickly.”

This marks the second time Leno has done an episode featuring use of the Apocalypse HellFire. The first episode aired exclusively on his YouTube channel and can be seen here – Jay Leno Meets The HellFire. 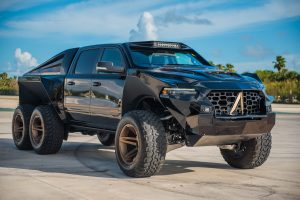 We know ridiculously large 6×6 trucks are all the rage in the US right now, and we know that Florida-based Apocalypse Manufacturing has built things 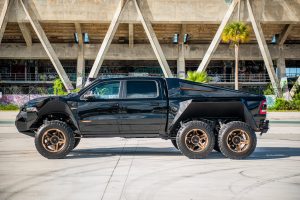 It seems there’s no limit to the scale of the apocalypse.Apocalypse 6×6 customs never fail to impress and intimidate, and when you are a bystander 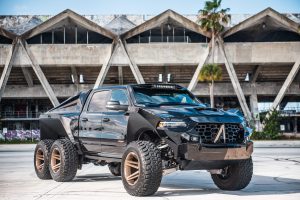 Cruising along the sands of South Beach, where chrome-wrapped supercars and lifted G-Wagens have become passé, the Apocalypse Juggernaut 6×6 legitimately causes traffic jams as 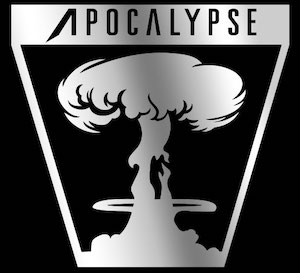